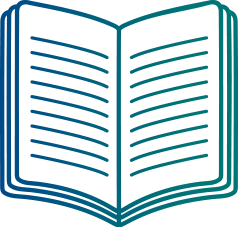 Biodegradability is a degradation process carried out by micro-organisms naturally present in the environment.
It is a reliable measurable property in surfactants. There are 2 types of biodegradability:
- primary (level of degradation that determines the structural modification of the surfactant),
- complete/total (surfactant is reduced to its basic components: carbon dioxide, water and mineral salts).

Ministerial decrees that establish at the national level (Italy) the minimum environmental criteria for awarding cleaning service and for the supply of hygiene products in various fields (e.g. Public Administration, hospital services, etc.).
CAMs represent the Italian transposition of the European GPP (Green Public Procurement) Regulation 18/2004/CE which defines the guidelines for environmentally sustainable purchases in the Public sector.

Set of decisions by the European Commission that establish the criteria for the award of the ecological quality mark (eco-label) to the different categories of products. It is the only mark with criteria established and recognised by the European Authority.

Substances that alter the hormonal function of the endocrine system, causing negative effects on the health of the organism.

Standards are methodological specifications approved by technical bodies aimed at testing the properties of a product.
They are identified by acronyms and numbers. The acronym identifies the entity that drafted the standard and its level of validity: UNI identifies all Italian national standards, EN identifies the standards developed by CEN (European Standardisation Committee). They must be transposed by CEN member countries and are recognised as valid also outside Europe.

This term refers to the oil of the palm fruit and palm seed oil (also known as palm kernel oil).
It is a vegetable oil consisting mainly of saturated fatty acids, used extensively both in the food industry and in the formulation of detergents and cosmetics.

Preservatives used in the cosmetic and detergent industry for their known antimicrobial properties. Over the years, the use of parabens has been discouraged/restricted due to their potential negative effects on human health.

European Regulation 528/2012/EC concerning the marketing and use of biocides. It harmonises the national regulations on biocides, including disinfectant products, at the European level.
By Biocide is meant any substance or preparation containing one or more active ingredients capable of destroying, eliminating or rendering chemically or organically harmless any harmful organism (e.g. bacteria, moulds, yeasts).

European Regulation 1272/2008/EC concerning the classification, labeling and packaging of substances and preparations. This is the European transposition of a global program called GHS (Global Harmonized System).

European Regulation 648/2004/EC on detergents, establishes criteria and methods concerning the biodegradability of surfactants and the labeling requirements of detergents in general.

European Regulation 1907/2006/EC concerning the registration, evaluation, authorisation and restriction of chemical substances.
All chemical components used in the products must be registered by suppliers with ECHA (European Chemical Agency).

Also known as "chelants", sequestrants are chemical compounds capable of forming "stable complexes" by trapping atoms or ions. They are generally used to trap calcium and magnesium ions present in the water in order to avoid limescale deposits.

Chemicals characterised by a low boiling point (they evaporate easily) and are used not only for rapid evaporation, but also for the ability to solubilise organic dirt.

Organic substances with cleaning function used in detergents.
Thanks to their chemical structure, surfactants modify the surface tension of the water in proximity of the dirt, facilitating its solubilisation and removal.